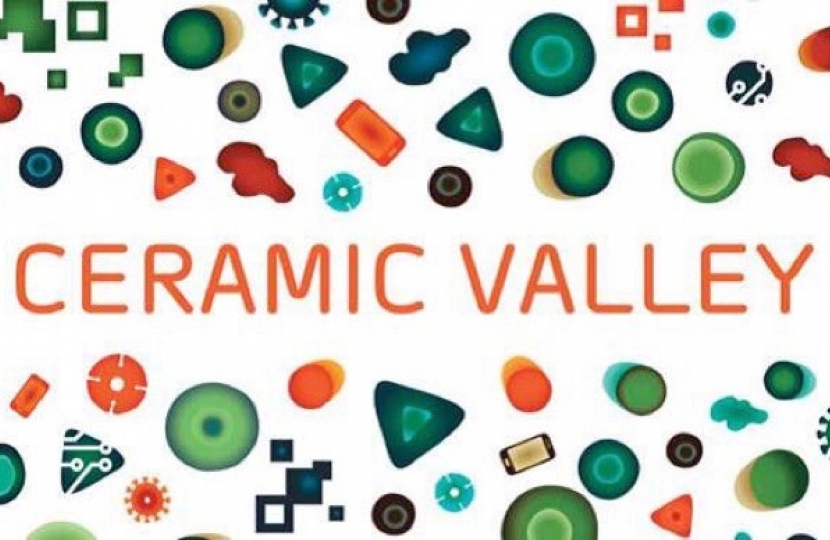 In 2010, Stoke-on-Trent failed to secure one of the government’s flagship Enterprise Zones.

When a second opportunity arose in 2015, I was determined we would succeed.

Reviewing feedback to the failed original bid, two things were clear - we needed a better plan, and we needed to execute it perfectly. Our new plan pulled together the idea of a ribbon of sites along the A500, in effect the Ceramic Valley. Some of these had featured in the original failed plan, but this had also included sites outside the immediate Stoke-on-Trent/North Staffordshire area, which meant there was a limited narrative. Sticking to sites with a clear link to both the A500 and Stoke-on-Trent means we had a great story to tell of a real place and it’s history. This was a huge benefit when we secured the support of the Local Enterprise Partnership, and began lobbying both locally and nationally with a strong narrative about brownfield regeneration to support our local economy.

The announcement that we had been awarded Enterprise Zone status came in November 2015, with the official designation launched in April 2016.

Hardwork, and lots of it. Talking to civil servants after we have secured Enterprise Zone status, the same message came back - we love the story. One civil servant, who had never visited Stoke-on-Trent before, felt so impassioned with our narrative about a resurgent Ceramics industry that they went out to find a genuine backstamped ‘made in Stoke-on-Trent’ mug for work.

This story of the city, woven into Ceramic Valley EZ, caught the imagination of businesses and investors. When the EZ went live in April 2016, we had no fewer than 40 live enquiries, including several from international companies. Considering that we had thought EZ would be a slow burn project, this level of interest was staggering. Whilst we had several developments on site in Etruria Valley, viable projects came forward quickly for several of the other sites too. To further boost activity, I ensured that Stoke-on-Trent City Council put forward £1.8m investment to support development on site too.

Ceramic Valley Enterprise Zone is regarded as the flagship project of the Stoke-on-Trent and Staffordshire LEP, and in my role as Chairman of the Ceramic Valley EZ Board, I spend a lot of time promoting both the potential of the EZ and the developments on there. I have been involved in panels and led sessions at international property exhibition MIPIM Cannes and London, as well as leading stand alone sessions in Stoke-on-Trent on the potential and success of Ceramic Valley. Whilst clearly Enterprise Zone status does bring advantages, the marketing of those go a long way to achieving continued success.

Nearly three years into the project, and with developments on a number of sites, Ceramic Valley Enterprise Zone is one of the most successful of its kind in the country, with nearly 2,000 jobs secured or in the pipeline. A number of developments have come forward in Etruria Valley, and significant parts of the two sites on either side of Tunstall town - Highgate/Ravensdale and Tunstall Arrow - have been developed out, bringing new businesses and jobs to the town. Both of these sites have been empty brownfield for some considerable time, and the boost to the local community of seeing activity here is an additional benefit of the EZ status.