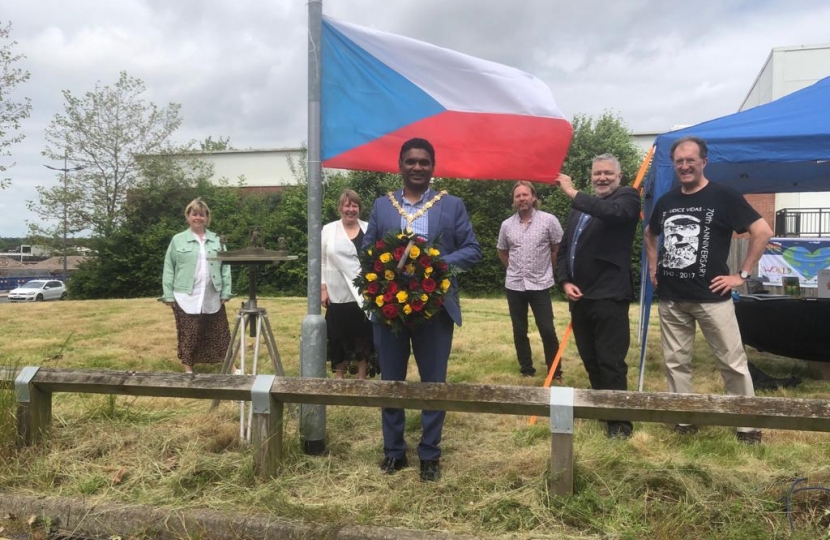 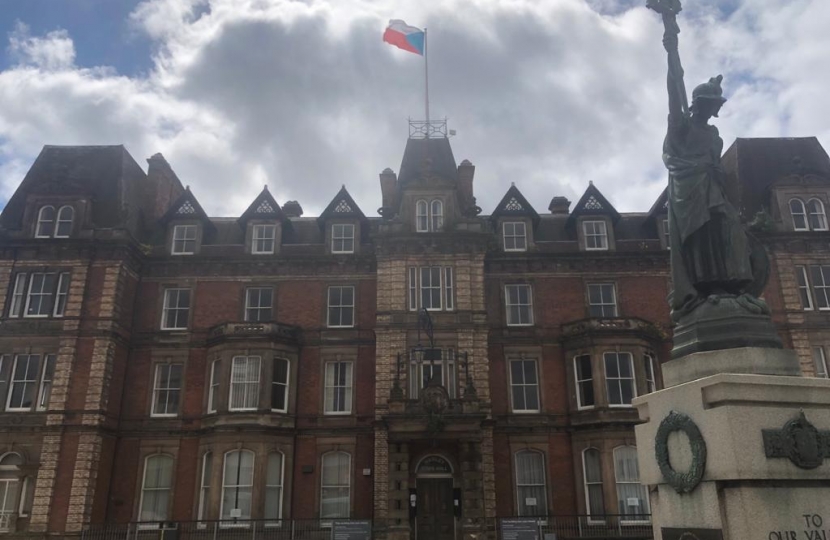 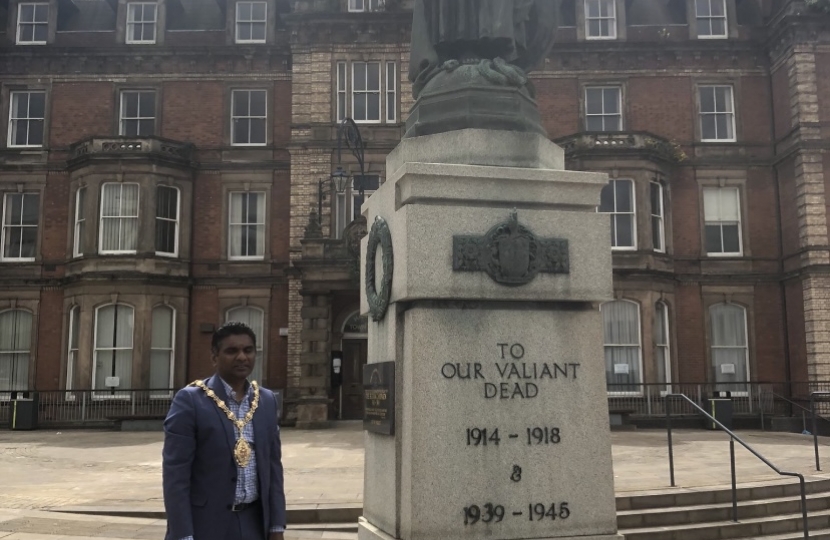 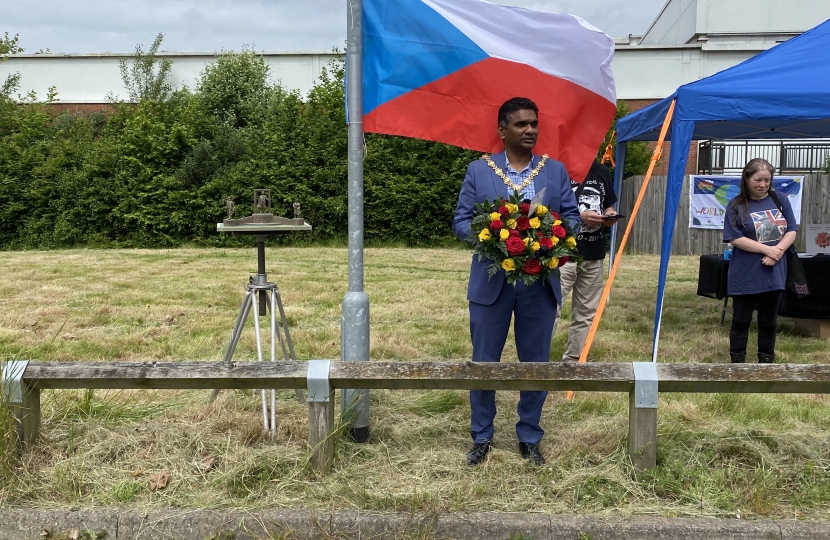 Last week, I was honoured to join the Lord Mayor of Stoke-on-Trent, Cllr Dr Chandra Kanneganti, at a special event to commemorate the atrocities committed in Lidice 79 years ago, and the launch of a special friendship garden and international sculpture, planned for here in Stoke-on-Trent.

The destruction of Lidice is a stark lesson of the tragedies of war. It is still felt deeply right in the heart of our city to this day, 79 years after Hitler razed the Czech Republic village to the ground and ordered the slaughter of men, women and children.

Our city, through the actions of one of my predecessors as a city councillor, Sir Barnett Stross, and the help of local miners, vowed to rebuild the city, launching the Lidice Shall Live campaign, and raised the equivalent of £1m.

We have a number of commemorations to Lidice in our city. We have renamed one of the main thoroughfares in our city centre ‘Lidice Way’ – it links the city centre’s bus station to the main shopping district. Here we also have a permanent memorial, near to where Sir Barnett Stross held fundraising rallies in the Victoria Hall; the memorial is made up of discs, representing the tags worn by miners who raised the money.

We have welcomed visitors to our city on numerous occasions, and previously our Lord Mayors have made visits to the wonderful and poignant rose garden commemoration in Lidice. Our previous Lord Mayor, Ross Irving, was presented with a civic key to Lidice in 2017 – on the 75th anniversary of the atrocity, and this is a treasured item in the Lord Mayor’s Parlour here in Stoke.

We fully support a new campaign, to create a friendship garden and international sculpture here in the city, as a lasting legacy that Lidice shall and will always live. This is a subject that has crossed international boundaries and touched the hearts of thousands of people, and I encourage local authorities and communities around the world to come together and show their support for the campaign.

We will be flying the Czech flag on our town halls here in Stoke and in Hanley as a mark of solidarity on Thursday (10 June), and I will be attending an open day with our Lord Mayor, other councillors and campaigners here in our city on Thursday too, at the site of where our friendship garden will be located. We will have a macquette (preliminary model) of what the sculpture will look like, and it is intended to represent three figures – Sir Barnett Stross, a miner and a mother and child together. A campaign will be underway to support the creation of the garden and sculpture.

The Lidice Lives campaign has been kept at the forefront of public awareness for the last ten years due to the hard work of the trustees, led by Alan and Cllr Cheryl Gerrard. It was lovely to hear from them last week and their commitment to the cause, which has brought forward the friendship garden and international sculpture plans. I was also pleased to be able to speak to Czech Radio about it also.

You can find more information on the Lidice Lives Facebook page.

The village of Lidice was destroyed on the orders of Adolf Hitler following the assassination of Reinhard Heydrich.

The Nazis believed – wrongly – that Heydrich’s killer was harboured in the village. In response, they began its systematic destruction during the early hours of June 10, 1942.

This involved the execution of 173 men and youths and the removal of the village’s women to the Ravensbrück concentration camp.

The Nazis then spent the next year razing the village, destroying all buildings, removing all of the bodies from the cemetery, diverting the river, and even going as far as recalling maps so that new ones could be issued without the name Lidice.

The response to the atrocity was swift, particularly here in Stoke-on-Trent where Sir Barnett Stross, moved by the atrocity, launched the ‘Lidice Shall Live!’ campaign in September 1942.