Plans Submitted for The Goods Yard 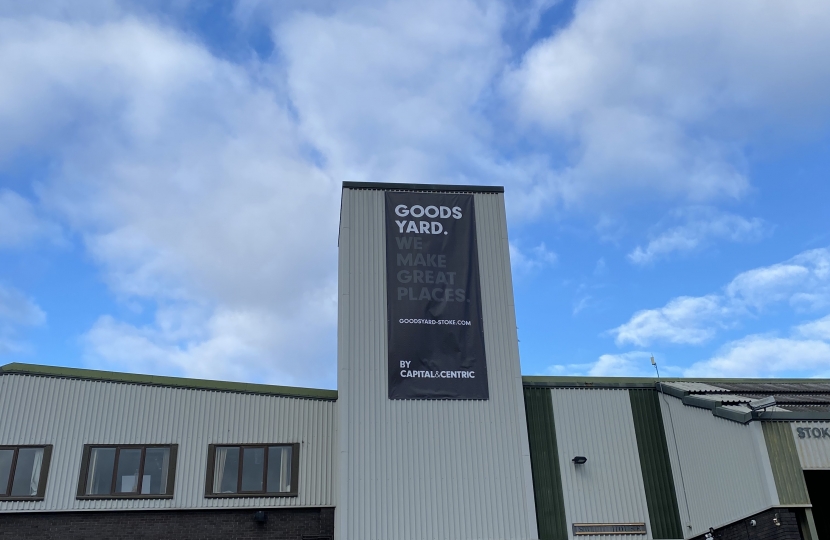 What a tremendous year it’s been for The Goods Yard development in Stoke - we announced our partnership with Capital & Centric early in 2021, and of course were delighted to see it awarded funding as part of the city’s huge Levelling Up Fund announcement in the autumn. Meanwhile, work has been underway that means plans have been submitted for this groundbreaking development.

The significance of this development - the arrival of Capital & Centric who are working outside the North West for the first time ever, and the pivotal nature of the development, building on the station Masterplan as the city awaits the arrival of HS2 - has led to significant interest in the plans, including in the local Sentinel newspaper, Our Staffordshire blog, BBC Online, and Signal Radio, as well as in Construction Enquirer and The Business Desk.

The Goods Yard proposal is for a mixed use development including apartments, food and beverage opportunities plus a new public space for pop up events, and opening up the waterfront onto the canal. The £60m scheme will deliver a number of jobs, both during construction and afterwards, and be visible from the West Coast Mainline. Architect Glenn Howells had revealed images of the city earlier in the year in Architects Journal and the Sentinel.