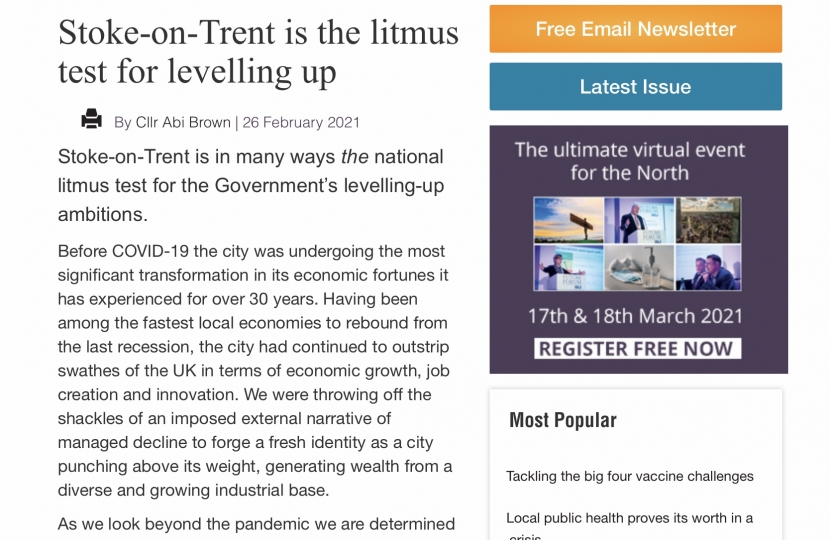 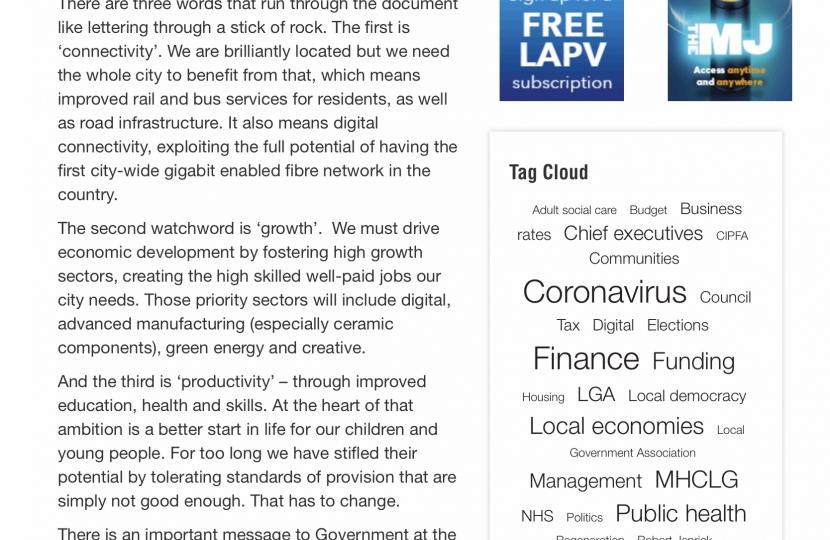 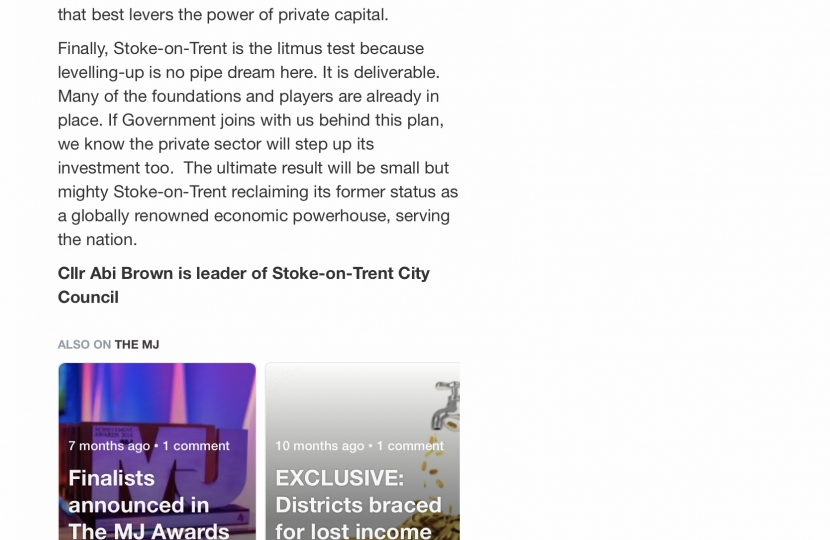 At the end of last week, we launched ‘Powering Up Stoke-on-Trent’, our prospectus for the city, of opportunities for partnership and investment. In tandem, we staged a roundtable with partners, lead by myself, Cllr Dan Jellyman and the three Stoke-on-Trent MPs - Jo Gideon, Jack Brereton and Jonathan Gullis.

The prospectus covers our 4 key themes - transport, economic development, education & skills, and health & productivity - and over the coming months, we’ll be expanding on the detail within them.

There’s been a good level of interest not just locally, but also regionally and nationally in our proposals, not just our plans, but that we’ve decided to push forward with this type of proposal. Local coverage, such as this article in the Sentinel, focuses on the plans themselves, whereas the local government sector press have tended to focus on the intention of the proposal to influence the Levelling Up discussion, including this article in the Local Government Chronicle and this opinion piece I wrote for the Municipal Journal.