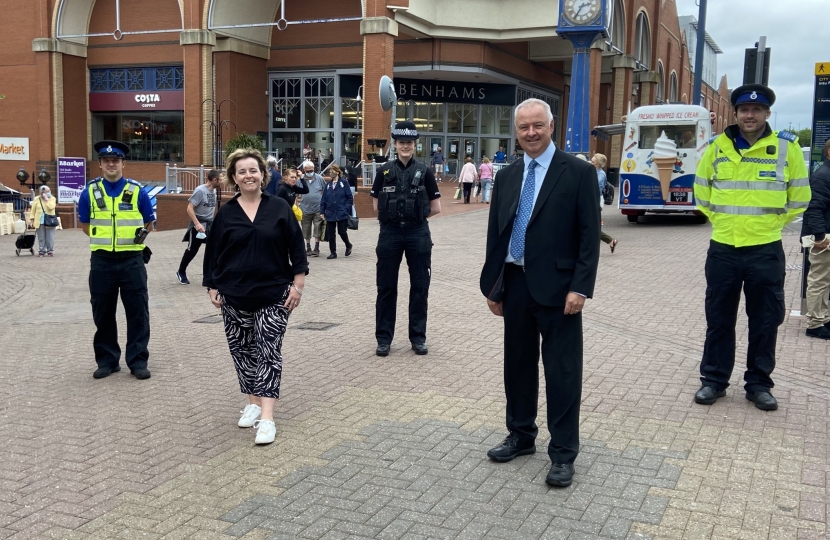 It is our latest success in attracting funding from the safer streets initiative after securing more than £1m for communities in Fenton and Northwood last year. That money has had a big impact in those communities. In the two areas, we’ve been able to directly support a total of more than 1,500 households with security surveys and improvements, and more than 750 households are benefiting from the alleyways at the back of their properties being gated and secured. We’ve installed additional CCTV and new lighting columns. We’ve given 750 property marking kits to households, allowing residents to mark up to 50 valuables with a state-of-the-art DNA-based solution. We’ve helped residents register 150 bicycles on the nationally-recognised bike registration service.

This latest funding is a big boost for our city centre, which is already a welcoming and safe place for people to visit, with a covid-secure measures in place to support and protect shoppers and visitors.

We thank the commissioner for his work and support, and through working with partners, this funding can be used for further measures to help the city centre thrive. We’ll be working over the next few weeks on what measures will be put in place that will have the biggest positive impact.