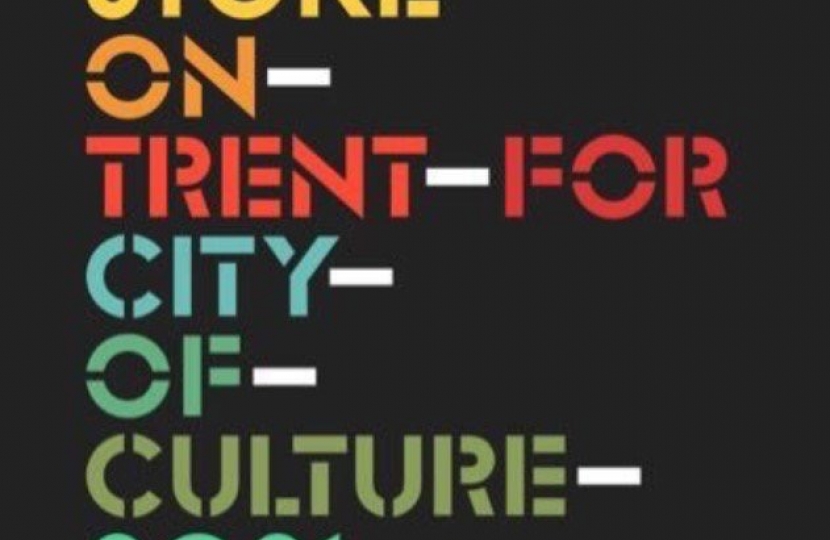 A national competition that carried with it huge potential... win or lose. When I first suggested we bid, people laughed - but getting to the final five changed everything.

2017 was the year of Hull. From amazing light shows on News Years Day, right through hundreds of naked blue people in photos, giant turbine blades as public art, poppies from the Tower of London, and the resurgence of its cultural assets, including a new arena, you couldn’t fail to miss Hull’s year as UK City of Culture in 2017. However, when I first started talking about it in 2015, Hull’s vision was a long way off - but if they could win it, why couldn’t we?

Over the course of two years, I made numerous trips to Hull to learn all I could about the city, talking to everybody and anybody. Hull’s bid had been about jobs - bringing them to the city and developing new industries to replace shipping. By early 2016, it was clear that Stoke-on-Trent’s bid would be about perception. Whilst ceramics would form a cornerstone of our pitch, it was the underlining story of a city where science, industry and creativity came together that would be our focus.

Whilst the competition would be won or lost on the basis of your bid, gathering momentum about your potential became a key focus too. We marked the submission of our bid with a spectacular show in the city centre - There’s Something in the Water, Duck, and a swell of social media support.

The shortlisting announcement was made late on a Friday evening, and my Twitter feed fell over with the volume of notifications coming in. We were ecstatic to join the four other cities in the final round, having exceeded all expectations that we would not make it to this point in the competition. Just being in the final five gave us a huge boost, and over the following months also gave Stoke-on-Trent a platform to promote itself like never before. The support from communities, businesses, and other organisations not just across the city but beyond was phenomenal.

The final elements of the bid included a visit by some of the judging panel to the city, which coincided with the British Ceramics Biennial at Spode China Halls, a great opportunity to show off both the historic and contemporary side of our city’s traditional industry. We also visited Staffordshire University before pulling together people from right across the spectrum of life in the city to meet the judges and talk about why we should win. We submitted our final bid document with a concerted push on social media - the only city to trend nationally in doing so, demonstrating the breadth of support for our bid.

The final decision however would be made after a presentation and lengthy Q&A back in Hull.

Yes and no. Stoke-on-Trent won’t be UK City of Culture in 2021, that honour goes to our West Midlands colleagues Coventry. Did we however change perceptions of Stoke-on-Trent? Undoubtably.

The level of awareness of Stoke-on-Trent nationally has changed - details around real quantifiable outputs and outcomes are still emerging, but suggest a boost to visitor numbers. Without doubt it has brought all those who are invested in our city closer together, and working towards the same goals. New relationships have been forged, and new opportunities capitalised on. I’d call that winning.